Using audio surveillance microphones should be planned carefully and it is very important that you ensure you understand the laws of your state, city and county before installing audio devices. Here are just a few reasons why:

This is not to scare you away from using audio surveillance, because as we have stated it is a very good tool in the fight to keep people safe, and keep your business or home secure. There are many ways that you can ensure you are able to avoid the legal ramifications of audio taping your employees. You may inform them to the fact that they are both video recorded and recorded through audio surveillance when they are hired, through a contract they sign.

Most states will not allow any sort of ‘covert’ audio in public workplaces, public areas or public stores, however there are ways to get around this and that is through signage. When you have a sign up that states not only that the area is under video surveillance but also that audio surveillance is being used, then you are alerting people that they are being recorded through audio and if they choose to stay where they are being recorded, then they are agreeing to the fact their voice is being recorded. Many employers are now including audio recording information in employee handbooks, which are all signed and dated, while retail stores will post signs to show customers they are being audio recorded.

Innerlink Security & Sound, LLC is dedicated to providing only the best quality service and products for new and existing residential and commercial Security, Video, Audio and Smart Home Systems. We have over 15 years experience with excellent customer service satisfaction in this industry proudly serving the Southwest Florida area. 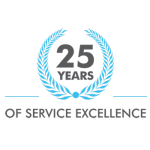